Monday and Tuesday was spent helping get a wine shipment out at Abacela.

But first things first. IT.WAS.GORGEOUS. This is an older photo from the net; there's a small gazebo at the top of this (steep!) hillside, and the hillside in the near distance and the field close up have been developed with more grapes. 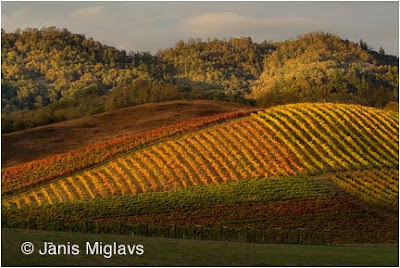 And the grapes. I stole this photo from Abacela's youtube archives, but the grapes look the same. Harvest will begin at the end of the month. 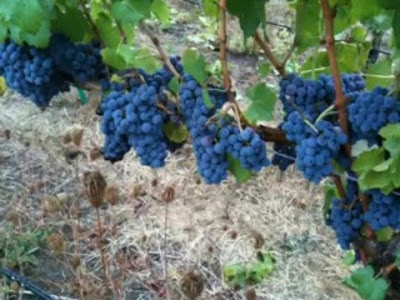 And, of extreme importance, is the most recent news: 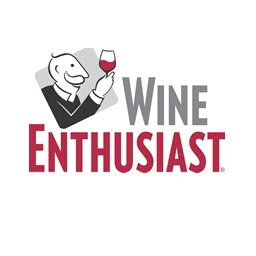 Beating all other white wines by TWO POINTS(!), Abacela's Blanco Dulce was awarded 94 points by Wine Enthusiast. This wine goes for $30. Compared to many other award-winning wineries, that's quite the steal for an EDITOR'S CHOICE wine. I should also add that shipping is pretty darn reasonable.

In the same issue, Abacela's Viognier was awarded 91 points (and, ahem!, only $20), and their Albarino was awarded 90 (and that's only $18). The Albarino has received SIGNIFICANT press coverage this summer, and was even featured in Sunset Magazine here. Of course, their top pic for where to find Albarino? Abacela.

No, I'm not getting paid for the above comments. I just like that you can get good wine... good, amazingly-ranked wine at prices that won't make you have to forgo eating for a few weeks to afford. Many wineries get a medal at a local fair and raise their $20 pricetag to $65. This makes GREAT wine unaffordable to many. I may not drink an $30 bottle of wine every night, but I can keep a few in my cellar for use. At that pricetag, I smile, not cringe, when I open the bottle. **

** side note: I do have a bottle of Abacela's $45 2005 Tempranillo Reserve in my cellar because it's liquid velvet. We'll eventually share it with friends who equally admire wine, and will be used to commemorate something.

On to the shindig happenings of Monday and Tuesday...

Gorgeous bottles waiting to be mailed to happy recipients. 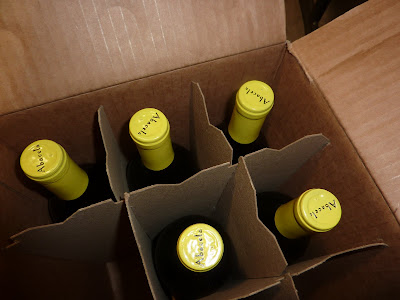 The purpose of Monday and Tuesday was to get all wine club shipments out. Wine club is where you agree to purchase releases. Releases generally happen 4 times a year, and the wine price is usually $75 max (other wineries have different limits). This shipment sent out three bottles, and the total, with shipping, came to approximately $54. That's not too bad for three bottles of well-ranked wine. Wine club members also receive 20% off wine purchases, and they get to go to special events. More info here. I should also add that shipping was pretty impressive! $11-$15 for three bottles. NOT SHABBY.

We sent out right at 500 boxes. Each one carefully packed with wine molds so the bottles would not break in transport. Special care was also done to ensure that wines were not sent to locales with hot temperatures right now. Those will be sent a bit later, when the weather is cooler and wine can be shipped with greater confidence of arriving in excellent condition. 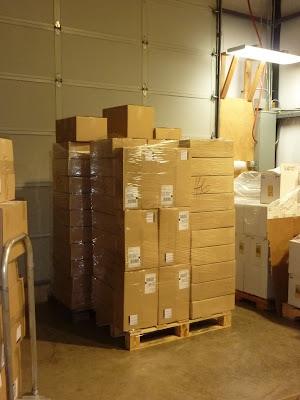 So, here are the wines that were sent out:

The 2008 Dolcetto, which, I must add, recently received a silver medal at the World of Wine. 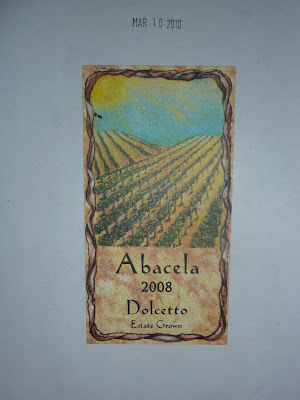 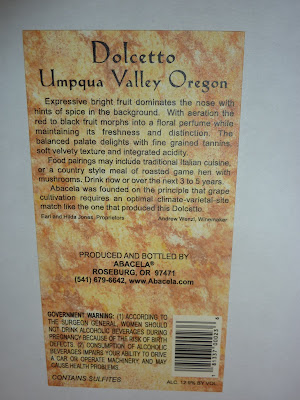 Next up: The 2007 Cabernet franc, which has been recommended by judges in recent competitions too. 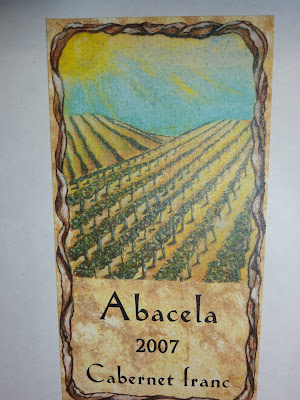 Tasting notes for the Cabernet franc. 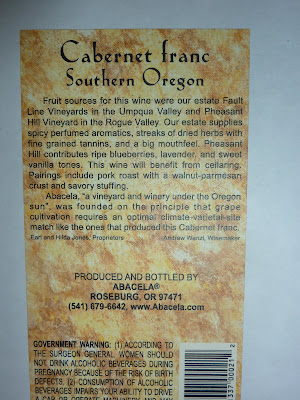 And finally, the 2008 Garnacha, which recently won a gold medal at the World of Wine 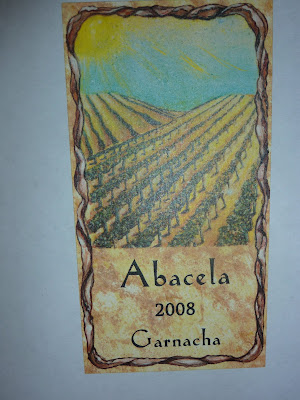 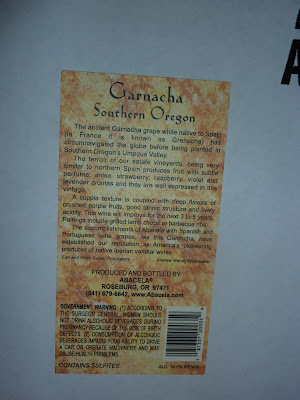 It was quite the careful production. Every box was checked to make sure it was well-packed, sent to the right person, and contained the right wines. And, the wine bottles themselves were checked. 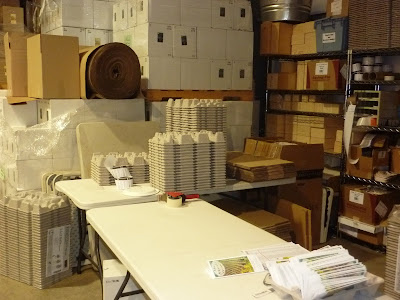 But, oh(!), hours spent in the WINE-PACKED WAREHOUSE. 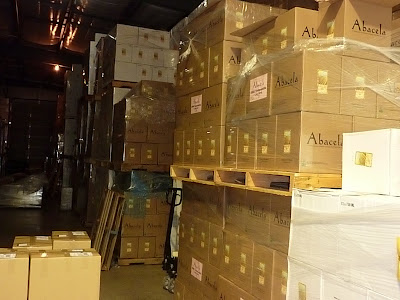 With Autumn beginning to make an appearance, I particularly drooled over this wine. 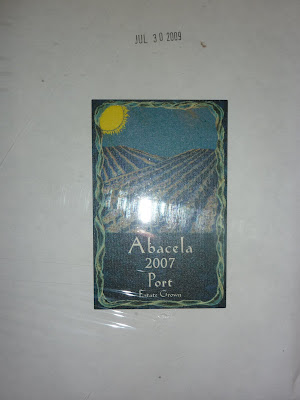 Oh, Abacela's Port. Amazingly delicious and made in true port form. They recommend to cellar for 10 years for the most fabulous of tastes. That person has more restraint than I do.

And yes, this is ALL PORT. 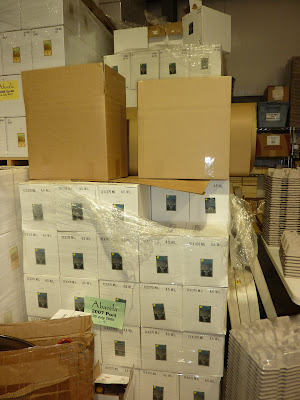 By the time the days were over, all the wine had been sent, and I drove the way home with the Garnache, Cab franc, and dolcetto carefully packed away. YUM.