This weekend was rainy, so after I finished the stairs outside early Saturday morning, I set out and about getting festive on a budget.

Some of the results: 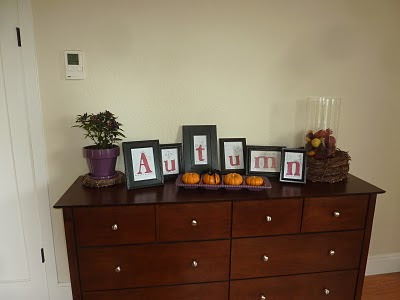 First up, the pot. The plant was $3.50 at Home Depot and it has the coolest purple peppers on it. Some have a reddish or orange tint to them. Plus, it's not too wintery, so I can keep it up year-around. The pot itself? $1.99 at Goodwill, AND it matches another piece I got (totally happenstance! So, for $5.50, here's the plant and pot, both festive, but both will be out after the holiday (assuming I don't kill the plant...). 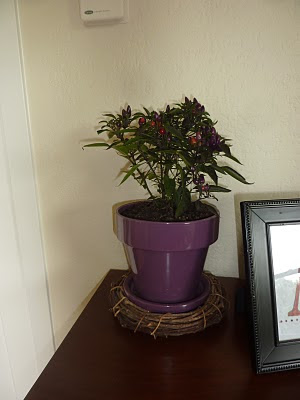 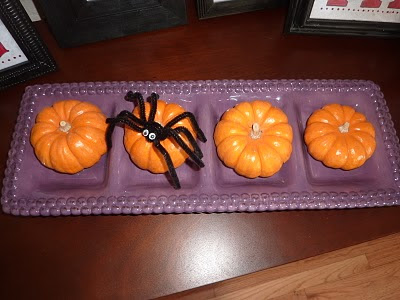 I saw the seasons sign idea on Pinterest, and I had to give it a shot. I hit up Goodwill on the day when their new deal colors came out, so I was able to grab all but one at $1, but 50% off! The final one was a real nice frame, so I shelled out $2. So, that's a total of $4.50 for frames! I painted them all black to match, then cut some scrapbook paper to size, then painted in lettering on the paper. Stick the paper in, and voila! This brings us up to $13. 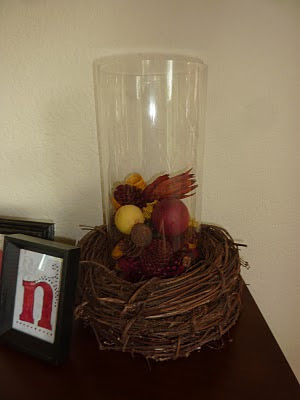 So, the total for the ensemble came in at just under $20. I can keep the pot and plant out year-around (it goes with all seasons), the frames will just have different seasons swapped out, and the glass vase will have different things added. The only thing that might not get reused EACH season is the purple platter, but that's pretty ok with me since everything else can be reused.


I also nabbed this pair, and I'm stinking excited over it. I've been looking for such a candelabra since I saw one at someone's home last year. I looked around, and I found one at Pottery Barn, but it was $149 (and is now sold out)... FOR ONE DEER. This delightful pair? $13... FOR THE PAIR!!! So excited. Now they just need names. 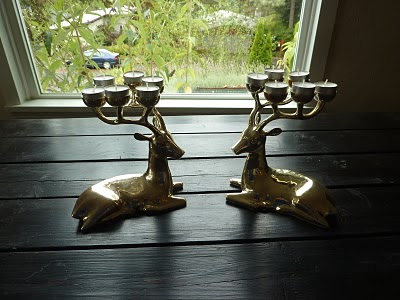 That was my super-happy day yesterday. And now our house is a bit more festive.
Posted by Jessika at 3:59 PM