When my grandmother moved out of her house and into an assisted living facility, she asked that we take some things from her home. So, when B and I went down to see her last May, we picked up a few things, including her gnome and mushroom.

I remember thinking they were the bee's knees when I was little, and how much they made her little backyard patio into this magical lush place. She had them hidden under ferns and monstera leaves. I had books about gnomes. Some kids have fairies. I had gnomes.

So, here was Mr. Gnome. I suppose he needs a good German name, but right now that type of creativity escapes me. I decided to finally fix him up, almost a year later. 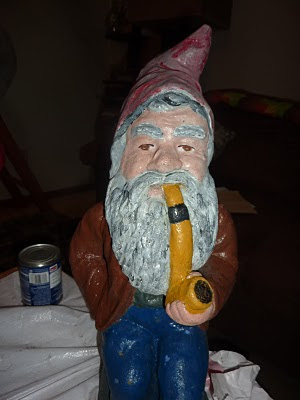 I decided to go with an all-white beard and a light blue overcoat. Yes, very traditional, although gnomes are known for wearing other colors. I thought the white beard looked cleaner than the gray, particularly since he's headed outside. I also brightened up his green little hill he's sitting on. I think he looks much happier. 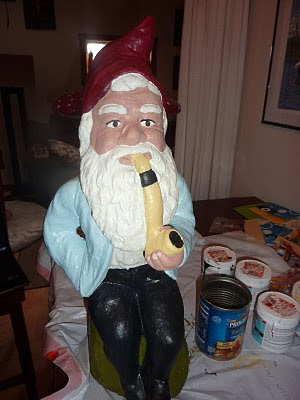 Also in my grandmother's yard: her toadstool. I remember this in it's heyday: bright red with white spots. Also hidden in the ferns and the monstera leaves, it was often right behind where my grandfather would sit. 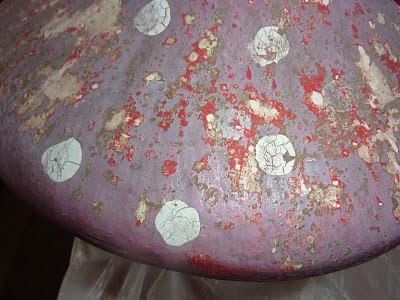 The stem of the toadstool also needed some love. It was faded and stained. 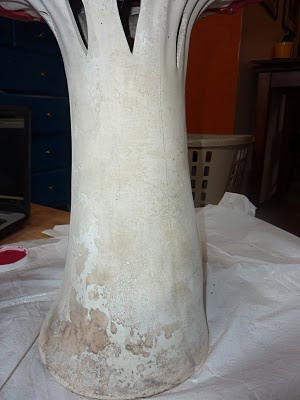 Finally, MANY layers of red paint later, the toadstool has been returned to its glory. I sanded down the old paint too, so it's pretty smooth. 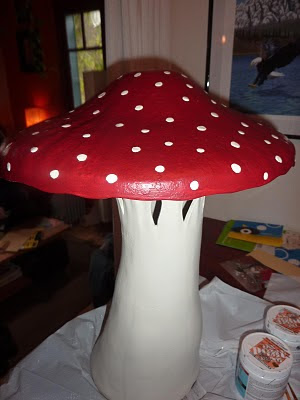 These both make me so happy. I'm glad they finally got some attention. Somewhere, my grandparents are smiling.
Posted by Jessika at 1:00 PM