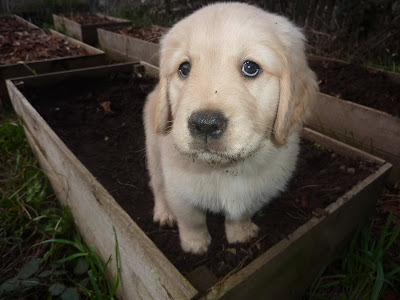 Yes, we realize there are a lot of other "Bailey"s. We know a couple and my parents told us this too. But the name fits him to a T, and NO, not because he's the color of Baileys Irish Cream (which, I cannot remember tasting, although I probably have at some point). We named him that because a) the name fit him, b) there's a Bailey Hill in our town, and c) There's the Old Bailey in England. 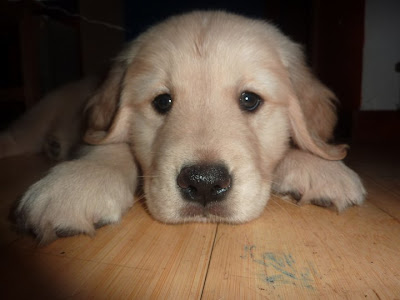 He's pretty darn cute, even if he does have such long eyelashes that they make his eyes seem sleepy all the time. 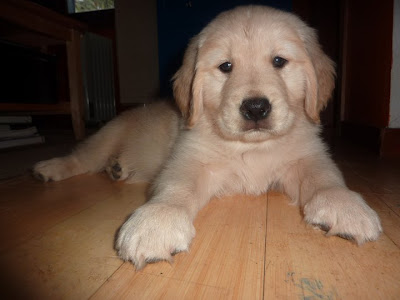 And big sister Maddie is pretty beside herself. In fact, the only way we could get him to like his crate was if Maddie and his giant stuffed bear were inside his crate too. I know co-crating is not super-recommended, but after several sleepless nights, we decided to give it a try. Success. 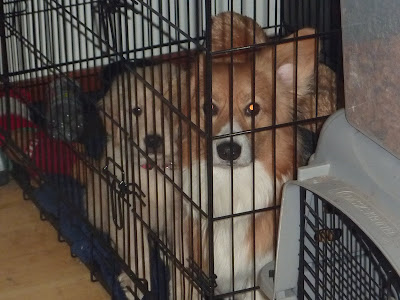 Bailey's pretty darn smart. At 8 weeks old, we took him home, and a couple of days later, he learned the command "sit." He's also beginning to recognize his name, and we are working on "come" and "stay." He definitely already knows "No!"

And, crazily enough, he has about an 80% record at whining by the back door when he needs to go outside. Don't get me wrong... the first few days we thought he had a bladder infection because he was peeing very frequently and in small quantities. The vet said it was a mental thing, and since then, it's gotten better. The destruction of trees through paper towel usage is lessening. I also think having an older dog helps. He doesn't see her going in the house. 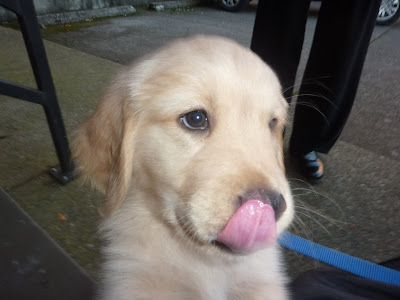 Maddie and Bailey play play play. Seriously. And they make a lot of noise doing it. Generally speaking, no barking, since Maddie knows not to do that, and we're working on the pup too. Instead, it's this garbled up rowr rowr, garl, barl, errrr noises as they tackle each other. Maddie likes to go into Bailey's crate and drag toys out. Bailey sometimes gets dragged along as he hangs on. Watch out, Maddie... he's about half your weight now, but soon he'll more than double you. 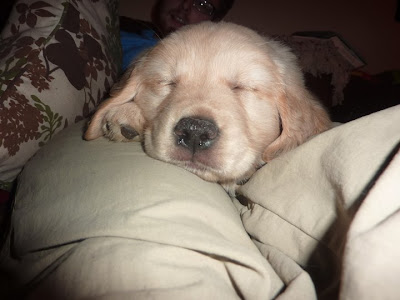 His favorite spot upon coming home (on 1/22) was the low shelf of the coffee table. But then, he started sticking his head through the side bars of the table to tease Maddie. We were worried that he'd get his head STUCK (and we'd have to dismantle and break apart the table), so we are attempting to curtail that activity. 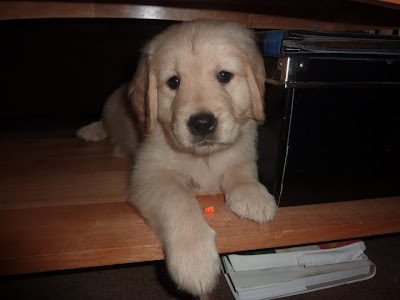 Let's just say that while Maddie and the humans are excited, there are some... less than enthusiastic folks in this household about the new dog. In his defense, Paddington has NEVER been into Maddie. One swipe when she was little was all it took for her to learn to leave Paddington alone. Now, Maddie and Paddington can coexist, since Pads knows she will not bug him, and Maddie knows to leave him alone.

But the new puppy is a whole other issue. Pads can't trust the puppy to leave him alone yet, and we don't want Pads to swipe this dog in the face. Shoulders and down swiping is fine, but how to do you handle that? So, for now, Pads knows to leave when Bailey gets too close. I've been giving him a lot of extra love. He's a good cat... just not into dogs. 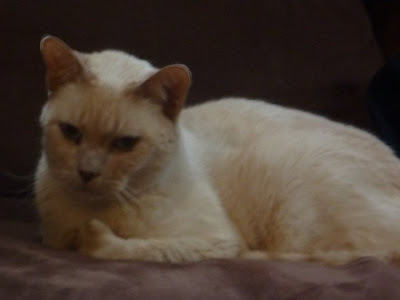 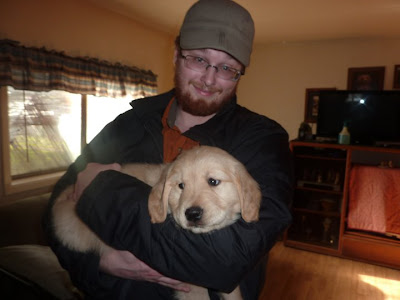 This photo may make her look a bit crazy, but yes, Maddie is totally into the new addition. They're best friends, which makes us feel good about leaving the dogs alone sometimes and perhaps eventual kids. No, we're not planning anything now, but at least Maddie has another friend in addition to the humans. The cats were beginning to reach their last straw with the enthusiastic Maddie, and I think they're somewhat happy at the relief the new puppy has provided them. 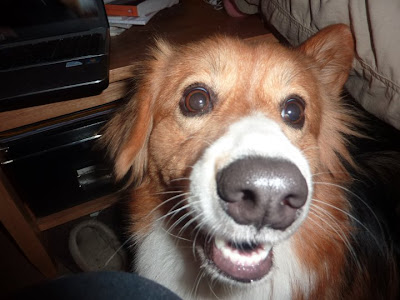 So that's it! That's the new update. And no more animals for us. We're set!
Posted by Jessika at 8:08 AM