Meet the newest, unexpected, member of our small chicken flock: 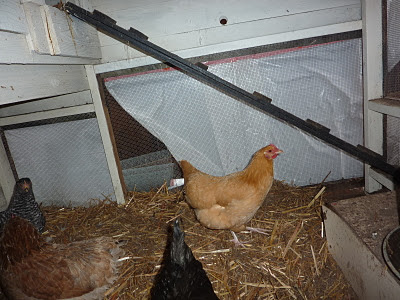 Yesterday afternoon, I received a call from the Backyard Farmer, a small, local, farm store in our town. "We finally caught the lost hen in that woman's backyard," Bill told me. He was referring to a woman who had called him to help her capture a hen that had been lost and wandered into her yard. It was starving. It took a few days, but they managed to coax the bird into a cat carrier and shut the door! Success! Bill knew I was on the hunt to get a Buff Orpington. Even though my flock was planned for the year, I couldn't turn down a free hen! And an approximately 5-month-old hen at that! 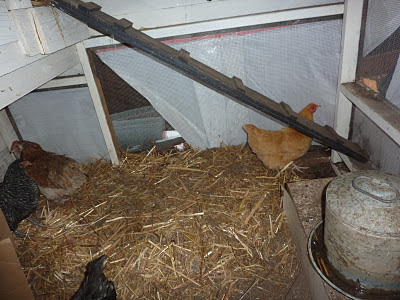 We've clipped one wing because we don't need her escaping again. I'll keep the entire flock in their coop/run for about two weeks, just for the newbie to get acquainted and tied to the group. I also want to fatten her up a bit. Then we'll try all of them in the yard, once the newbie realizes that the coop is where she needs to go at night. 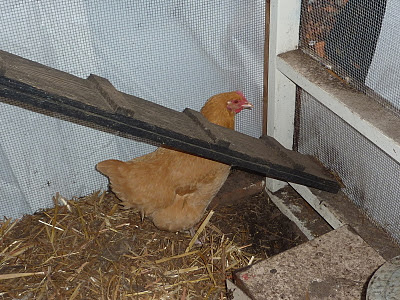 I think she's awfully pretty with those gold feathers. If Bailey befriends her, we'll not be able to tell where the fur ends and the feathers begin! 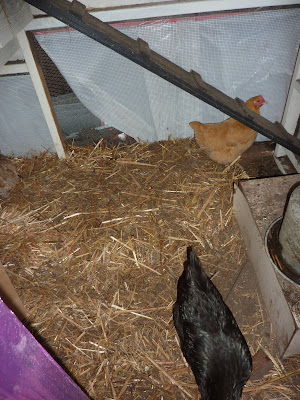