Take the pup to the ballpark!

Last night was Maddie's fun night: Take your pup to the ballgame night! It was held at the Emerald's-- our local Triple A team.

Needless to say, 7:05pm could not come fast enough. Maddie was all set to go with her baseball hat. Note: she only had the hat. I did not dress her up more than this. The hat was held on by two pieces of elastic. I'm doing this to any future hats. She could shake her head and it would not come off! 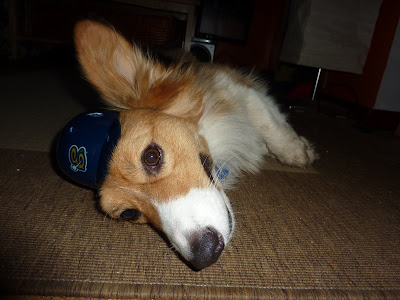 Finally, there we were, at the ballpark! 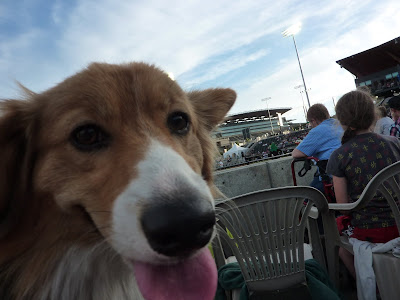 Semi-blurry photo of us trying to capture a shot of how close we were to the field. 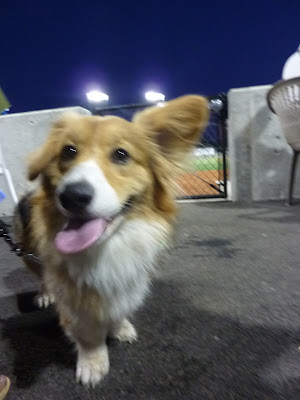 Much better shot. Maddie watched pop flies and zapped to attention whenever the crowd would boo or yell. 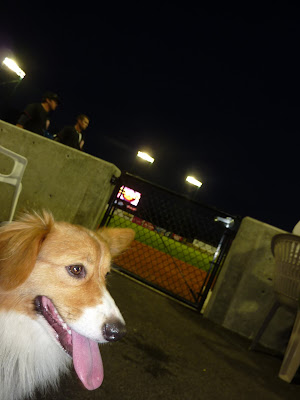 Happy dog, on my lap, watchin' the game! 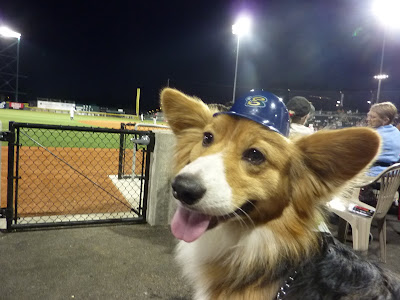 There may have also been some ballpark treats involved. Yummmmm. 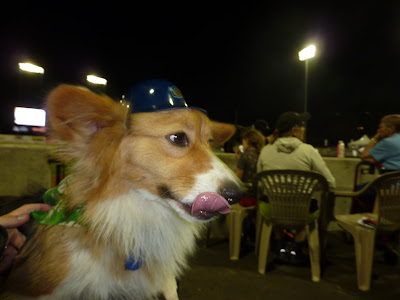 All in all, even though the Ems lost, it was a great night. And our little pup fell asleep in the back seat in the first two minutes of driving. 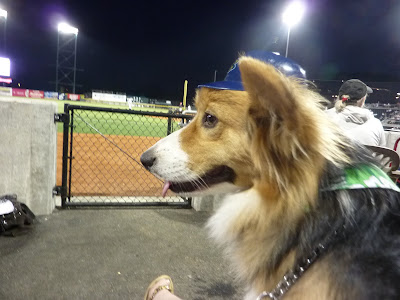