The chicken pen expansion is mostly finished. It gets an A+ for effort, but a C- for quality construction.

My darn battery screwdriver has pretty much bit the dust. I say "pretty much" because it still works... but ask it to do anything more than screw a 1/2" long screw into, say, styrofoam, and it peters out.

I should note that this makes BUILDING A FENCE very difficult. ESPECIALLY when you want to be able to eventually MOVE the fence (so this nixes nails).

I only needed two new panels. So, I made a really wobbly one, then braced it with two side boards, and then I finished the second panel by just stretching wire across. Heavy rocks hold the wire down on the bottom.

I'm not worried about the chicken getting out. The only way they could is if they manage to tightrope walk up the one bracing board AND manage to be coordinated enough to fly up onto the unstable fence top 2' above. Plus, they wouldn't go far if that does occur. I AM worried about outside pests.... The fence is strong enough, but it is not covered on top yet. And this is made more difficult by the fact that a gargantuan hazelnut tree is currently hanging into the pen. It looks LOVELY, but I can't throw bird netting on top.

So what to do? Risk it and keep it open on top, at least until fall when the leaves fall off and the weight of the tree limb is lifted? I think I might put protection around the top part of each fence... just so I can sleep better at night.

Anyway, enough of my rambling. Here are photos.

The pen doubled in size. The girls were besides themselves with joy. They still are. 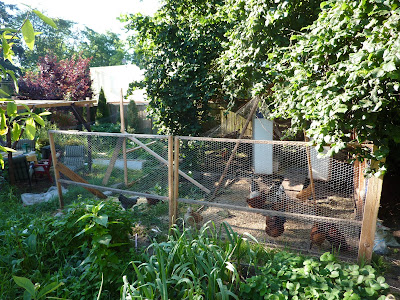 But yet, when I enter their pen, they race up to me, all with these expectant faces. 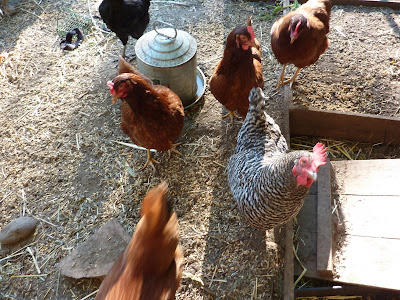 Here's by barred rock mama. She used to be the biggest bird, but now one or two of the reds has her beat. 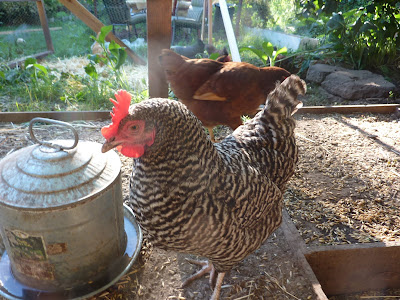 There was some straw in the one corner. I left it there. This has caused much joy. 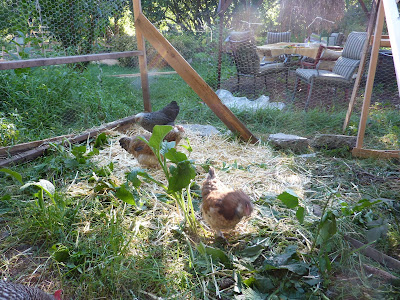 FINALLY, a good closeup of one of my salmon faverolles. Quirky little nutbrains, they love scurrying around the coop. This makes photographs difficult! 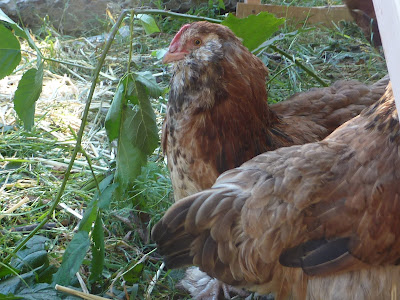 Crazily, this was all really overgrown vegetation. The chickens have done crazy amounts of carnage in one afternoon. 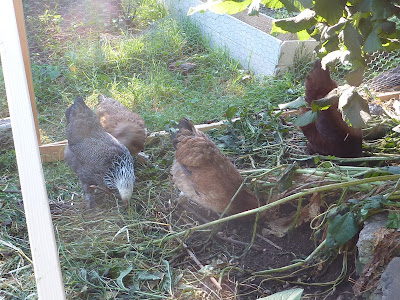 Part of the flock, rummaging. 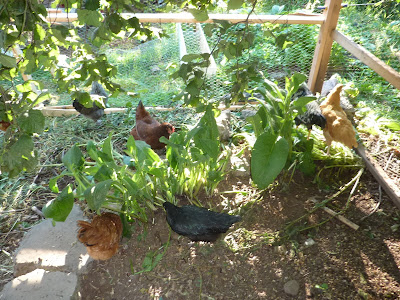 Oh, my poor silver laced wyandotte. He's SO a rooster. He acts like a hen, and he's almost 4 months old with no crowing. But, he's so a rooster. Either that, or he's a VERY rooster-colored hen. Funnily, he is the biggest coward of the group. Well, the salmons are pretty skittery, but he's just a wimp. 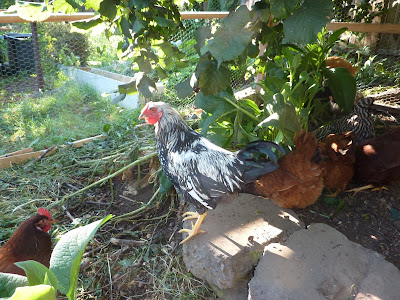 I love this picture because my dark brahma is just STARING at me. See? There on the left-hand side? 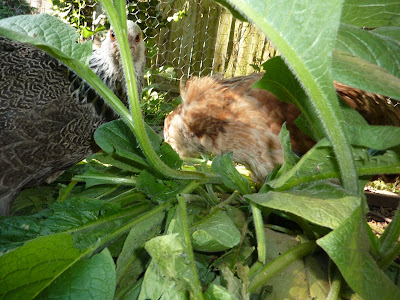 And the salmon, looking quirky as all get-out. 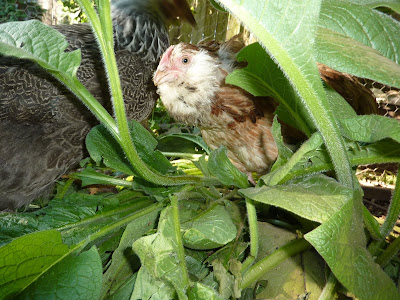 Remember the kooky freaky chick? This is her, all grown up... well, almost. But she's still as severe as heck. I'm fairly certain she's a black sex link chicken, though I still think she looks part raven. 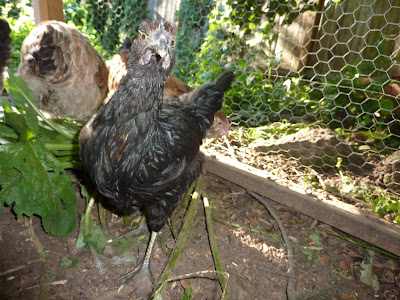 One of my beauty queen buff orpingtons. 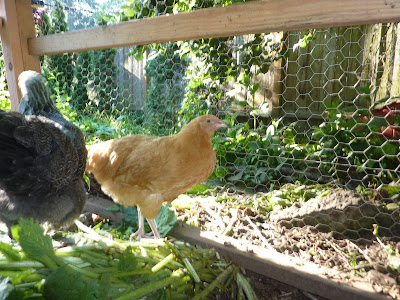 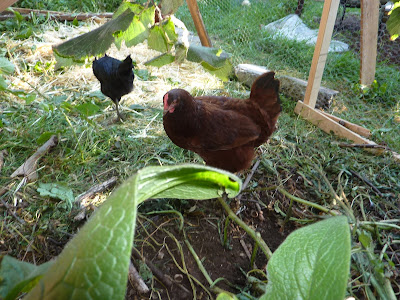 Example of the salmon frolicking. This occurs frequently. 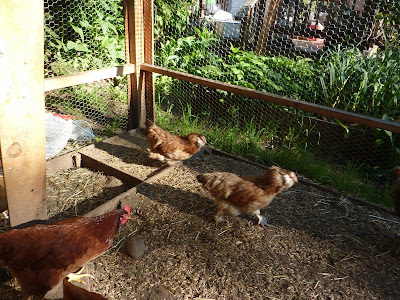 The best shot I got of a salmon. They are so much cuter when they scrunch their necks down, but oh well. 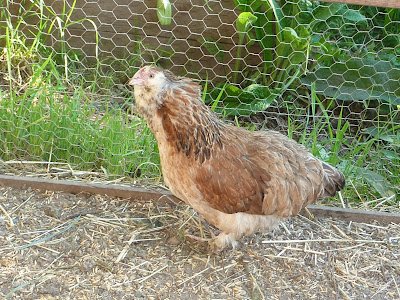 And those are the girls. There were 14 mad little hens for being cooped up yesterday, but now they are gleeful as can be. The seven other girls (the newbie chicks) are going to be moved into the old portable coop hopefully today. And then, I'll have all my chickadees in the same yard!
Posted by Jessika at 9:19 AM