Our spices have long caused me a headache. I hated the racks that took up space on countertops; not only did they never have complete sets of spices, but the labels on the spices were often permanent (no switching out of spices easily), and they took up so much space on my limited apartment countertops.

So, a few years ago, I switched to all-magnetic. But, the heavier spices would fall down. And, more frustratingly, the jars were HARD to open. You don't want hard-to-open jars when you're mid-recipe. 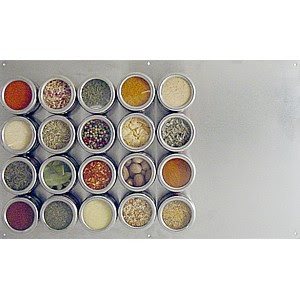 When we moved to this house, the problems persisted. So, we began looking for new spice jars. Ones that would hold a decent amount of spice, but be easy to identify and open.

We decided on these oval, glass canisters with flip top lids (with good seals) from Crate and Barrel. Not too expensive either! We initially ordered two dozen, but then made it 3 dozen. We may have a spice problem. 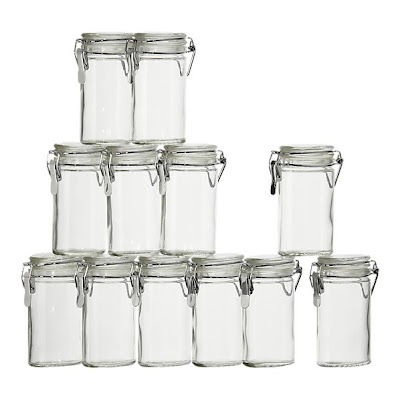 But it constantly perplexed us what to do with the jars. We had them labeled on top and in a drawer, but our kitchen drawers do not open all the way. About 2/3s out, the auto drawer stop kicks in and you can't see the last 1/3 (if not more, it's pretty significant) of the drawer.

However, we didn't want to get a big old, fancy spice rack either. We don't plan on being here forever, and so we don't want to spend a ton of money on something that may not be of use in a new place.

So, I hit up Goodwill, and for $4, I found two spice racks that would do the trick. This one needed to have two front little lips pried off so the spices could easily fit. 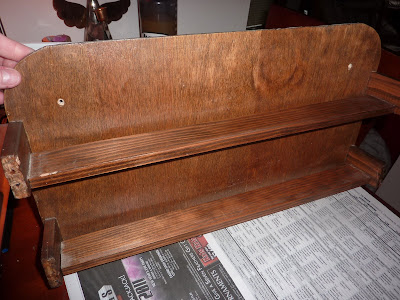 And this one did not look like your traditional spice rack, but it would do the trick wonderfully. 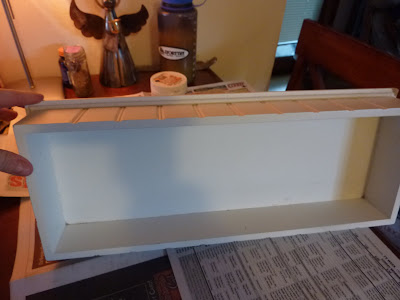 This is how far the drawer opened. There was at least 8" of drawer space unseen. You now see our problem. The purple things are the post-its identifying each spice type. 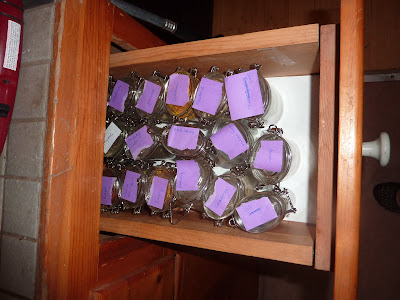 A few weeks ago, the Home Depot (whom I am a fan of on Facebook) had a special Facebook offer: fans can order all 14 sample-size Martha Stewart's "favorites" paints for $4, and that included shipping. I took them up on the offer, knowing I had a few projects coming up where I could use paint. 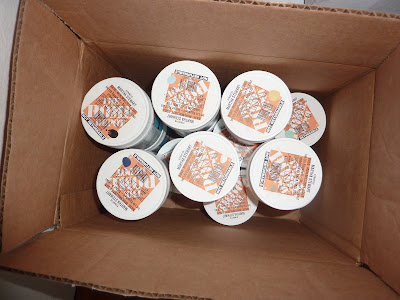 The box included "Azurite," a pretty dark blue peacock-type color. I knew it was the one to use on this project. 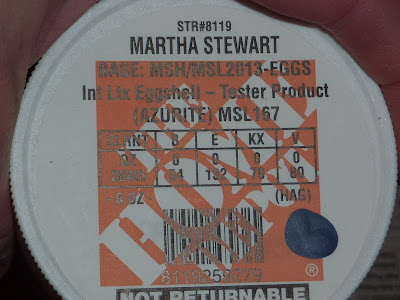 Then, after painting, it was just a matter of mounting the racks. I didn't care much that they didn't match. The blue made them look enough alike, and the spices really hide the form of the shelves anyway. 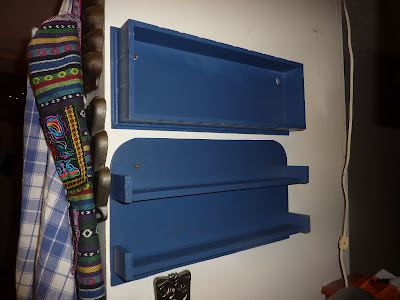 They still need side labels, but I am still enthralled. And yes, I do have many empty ones because the third set of jars just came in. I still have to fill them up! 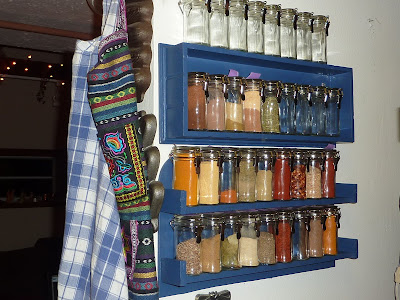 Fun, easy, and for $4, it will more than work while we are here. Who knows? Maybe it will be used in the next place too! We're definitely keeping the jars. Those we love. LOVE!
Posted by Jessika at 8:36 AM