Our Bailey, who just turned 11 weeks old, has gained over 8 lbs in just over 3 weeks. The vet says he's growing perfectly and must be eating the right amount of food. But, now topping the scales at 18.9 lbs, he's become a tad difficult to carry places like a purse dog, especially if he wiggles or gasps and needs to be readjusted. This is why we're especially happy that he's had his second round of shots and now we can be a bit more adventurous in our walks. Sidewalks are now ok, but you still can't nose around off the sidewalks, little guy. 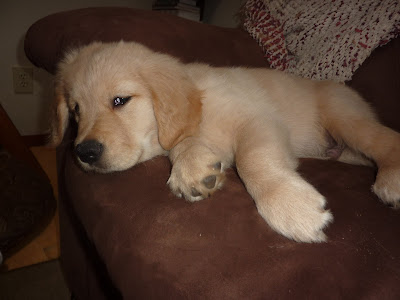 I should add that while I'm writing this, he's decided to jump in the still- damp bathtub and prance around.

He's a darn well-behaved puppy, and we couldn't be happier. He loves Maddie and vice versa. He generally leaves the cats alone and has learned which ones to ALWAYS avoid. He's learned "sit" and "down," and he's done very, very well with housetraining.

(Knocking on wood as I say this) He doesn't chew things. Well, he'll chew his bone. But, so far, no furniture or shoe mishaps. This is also likely also due to the fact that he knows what "no!" and "knock it off" mean. 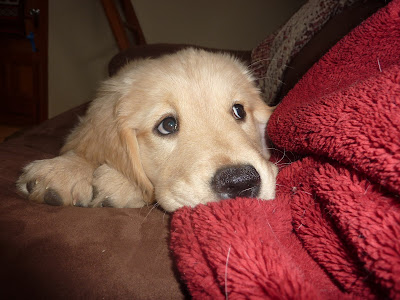 He can't yet jump up on the couch, and for this we are grateful, though we suspect this inability will last for approximately only 3 more days. He's growing like a weed.

He's learned how to walk on a leash, and we're working on "come," the all-important command. He's learned that people are fun, and other dogs are cool, two traits we really wanted to instill in him. Oh, and cars are fun too, but don't hop on the driver because that's not allowed.

And he LOVES Maddie. 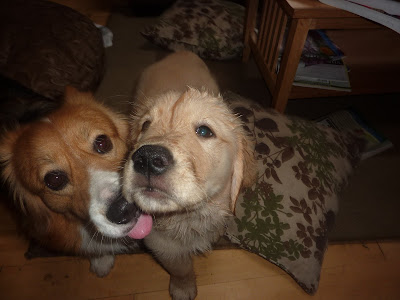 And she loves him. I must admit that we felt some pangs of guilt in getting another dog because Mads would not be an "only dog" anymore. With her friendship with the pup? Those pangs are 100% assuaged. Maddie acts like herself, but she wrestles and chases (and gets chased) and pins (and gets pinned) with Bailey.

Bailey is back in the tub again. DEFINITELY more of a water dog than a corgi. I can hear him gleefully scampering around in there. And, now, out of the tub... but with a shampoo bottle. What a nut. I gotta go.
Posted by Jessika at 8:20 AM