B has been hard at work outside. And so much is getting done that I suppose things like letting accompanying-workin'-man dogs into the house with muddy feet on a freshly swept and mopped floor can be forgiven. :) 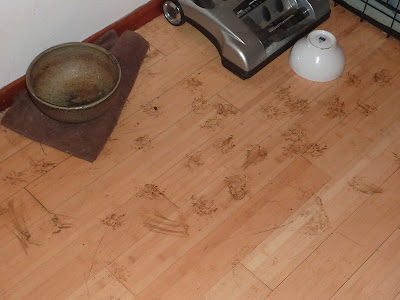 Here's the list:
The raised beds that were in the chicken area (to contain mud, etc) have been removed. We plan on moving that strawberry bed to a sunnier part of the yard soon too. 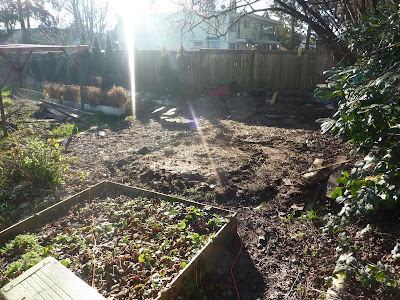 The huge, nasty pile of debris has been removed to a much more convenient location. We didn't move it OUT of the yard, because our landlord SHOULD be paying for that (and has promised to do so), but since it hasn't occurred YET, we decided we at least didn't want it cramping our style any longer. 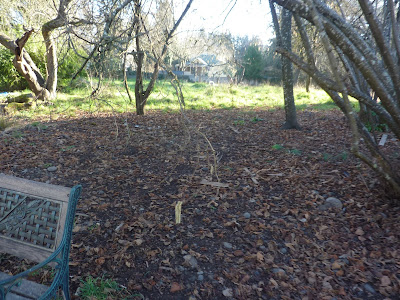 He's also started on cleaning out the area under the apple tree (the gnarly, big tree on the right-hand side of the frame). 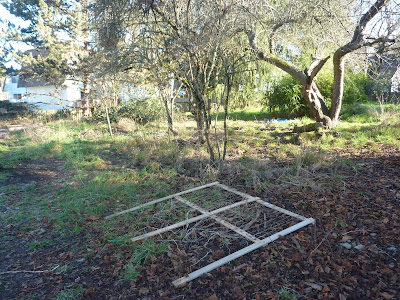 All of the tomato cages have been removed (remember, they were more like tomato tepees that were made with old laurel branches). 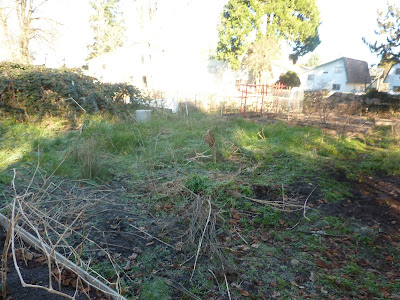 Clearly, the dogs have helped by digging.... 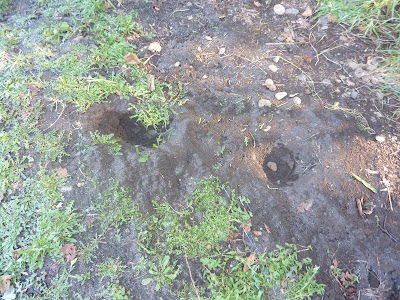 And, all the blueberries, raspberries, and a few empty other beds have been weeded. 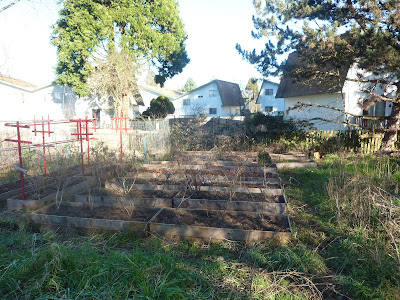 So, here's the gameplan folks...
We're taking these 12 boxes, and we're MOVING THEM over to where the tomatoes used to be. It's far more in a better corner of the yard, and we stand a better chance at not having the landlords yelp if we leave them there when we someday move out. Moving boxes STINKS, but it's better to move them now than have to do it when we move someday. 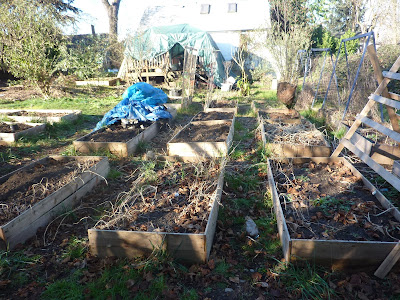 We're leaving the chickens where they are now, but we're likely selling the 6 boxes surrounding their little area. 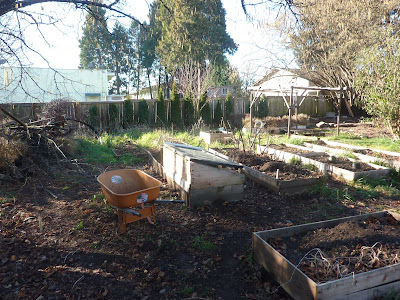 The same plan is in place for these 4 boxes. Remove. I may transplant the pea trellises to another bed, but we'll see. I had far too many peas last year, and I don't need that many. 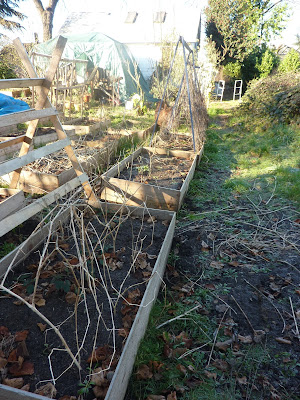 The plan for the other side of the yard is to take out 4 of the 5 low-lying beds here. That will leave us with one low-lying bed for lettuces. Then, we'll also move the strawberry bed over to this location. It gets a lot of sun. We may move a low-lying bed or two to the far back lot for onions, but we will see. 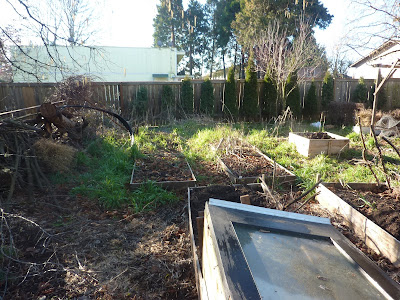 I should also note that B has been trimming the yard trees and taking out dead plants. Quite wonderful! 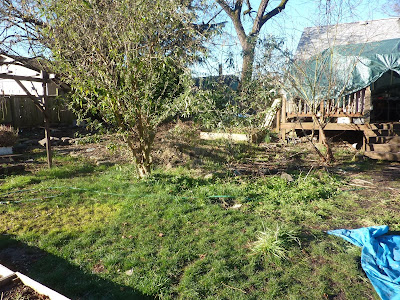 Oh, and he has transplanted a few things, like the lavender, here. 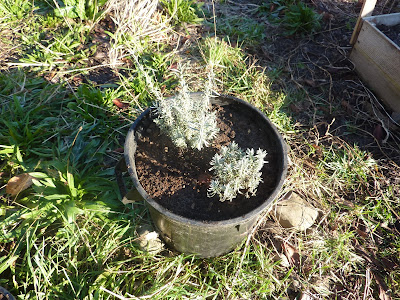 So, that's the plan. That will leave us with a LARGE garden, still, but at least we'll have a large open space immediately in front of our deck and house. It will also make it a lot easier to water. And, we'll be able to leave the house without having to move garden beds someday.

The plan is to take the areas where the boxes were, rake it flat, and then throw a bunch of grass seed around to make it into a nicer field/lawn area.
Posted by Jessika at 9:38 AM