January and February are finished! Yup, I did both yesterday.

I'm waiting on April and May to arrive in the mail, so I decided to go back and redo months before March. To make sure everything goes well together with no accidental missed pages, I have to work my way forward or backward from March, since March is finished. February was done first, then January.

I only have December and November left in the old album, so I'd better be better about ordering photos with time to spare.

So.... here's January:
We had just moved into the cottage, so there were many projects. First up: renovating the laundry room: 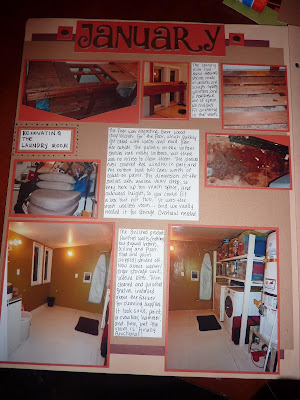 And then fixing the pathway and getting chickens. 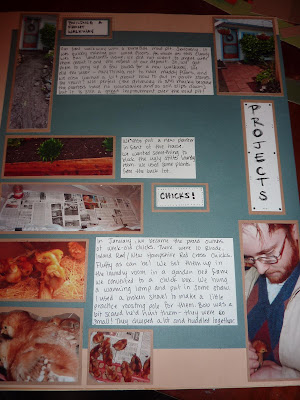 Then there's the garden work and, of course, animal shots. 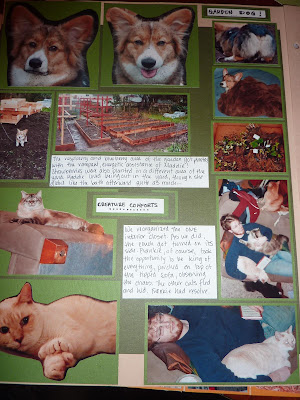 On to February:
Wine tasting, cats, and, well, animal shots. 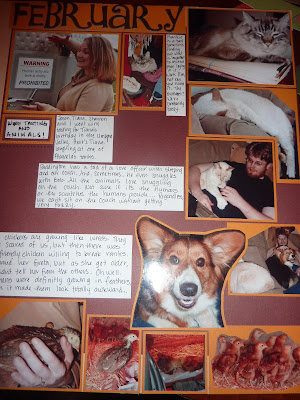 February also brought on the building of the chicken coop... 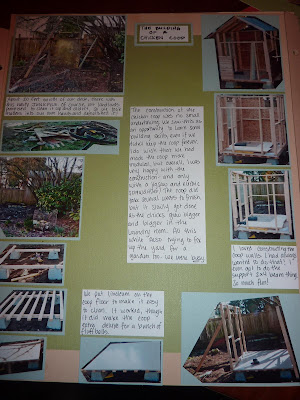 I know each of my pages aren't perfectly laid out, but I'm trying to do more categories for each month. It just goes nicer with the flow. And since I don't have TONS of photos for each category, you're bound to see some color from the backing.

These photos were also cut out in weird shapes for the first album. I tried to remedy that as much as possible by making straight lines and squaring photos off (if possible). It wasn't always possible. But, with the exception of one Maddie photo I cut out with curves, all the photos were able to be backed with squared backing. I think this makes the new months much alike to March and what I hope to do in the new months I just ordered.

Here's a question though: does anyone decoupage their scrapbook pages? How well does decoupage hold? Hm. I really don't want anything to ever fall off, and I know, no matter the glue or tape or anything I use, someday this will happen. So how to prevent it??? Just be vigilant about taping down strayaways?
Posted by Jessika at 8:06 AM