Still not the 5"-8" predicted, but it's a bit more than yesterday. 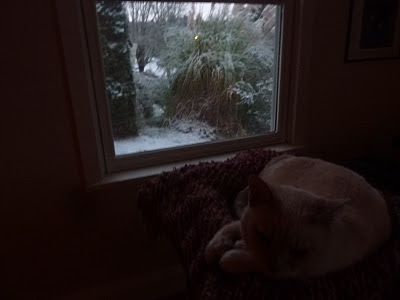 Driveway and street are a little snowier. 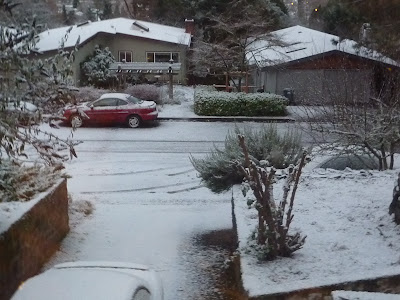 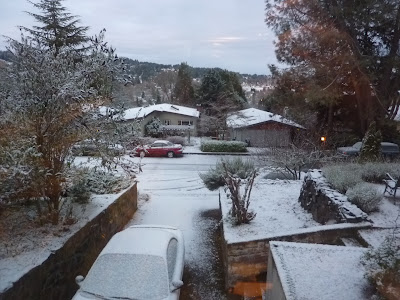 Snow's a bit sparse in the backyard, but it'll do (better than yesterday's dusting). 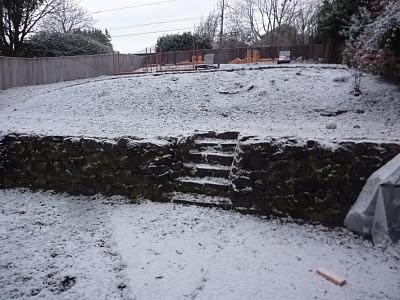 Chicken coop roof holding 1/2"-1" of snow. Bonus points for the builder. And yes, it's now gray and red. More on that later. 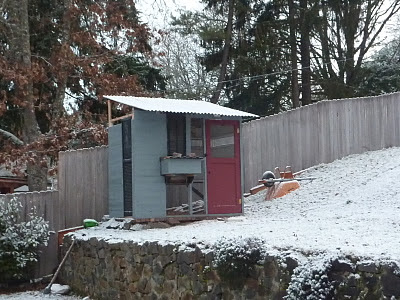 Indoor cat giving thanks that he's an indoor cat (he also considers himself to be far too pretty to be an outdoor cat). 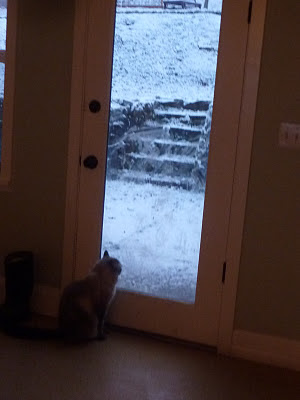 Turning pink in the distance... 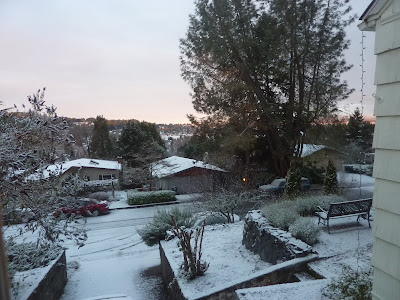 Zoomed in as far as my camera will go: View of the coastal foothills covered in snow. 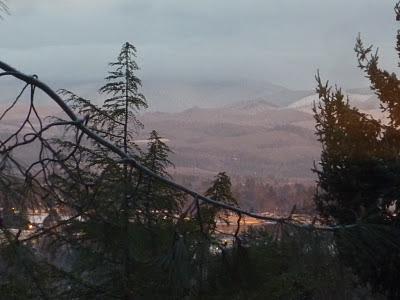 Sunshine on the snow. 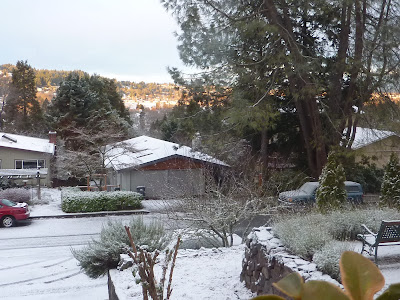 The Escort in its native climate (it was initially from Ohio): 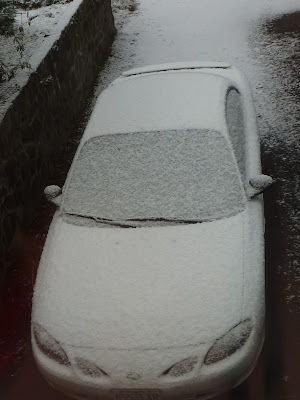 Bed swipe by the oh-so-pretty one. 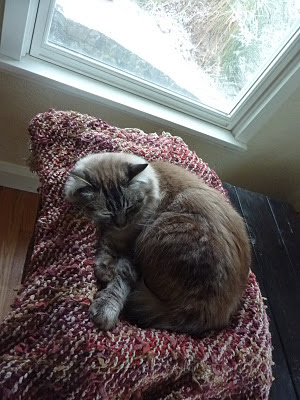 And that is our morning. Snow outside, warm inside.
Posted by Jessika at 9:21 AM