A couple weeks ago, I posted about the garden beds being finished being built. 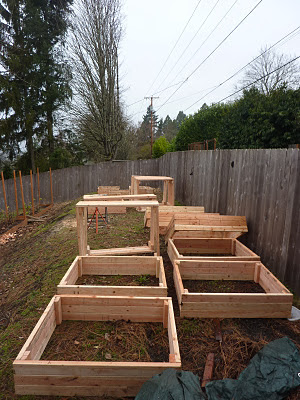 Well, this last Thursday/Friday/Saturday, we had an open window for weather. So, those beds all were stood upright (like an odd Stonehenge) and 3/4 stained... and then, the next day, they were flipped and the last 1/4 were stained. 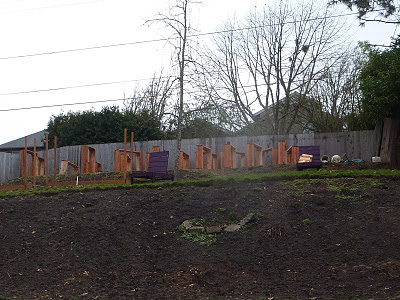 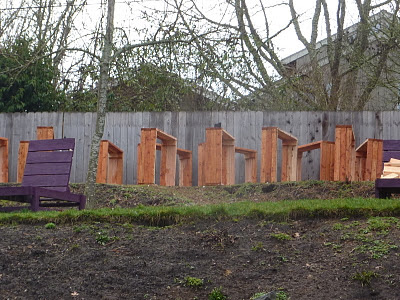 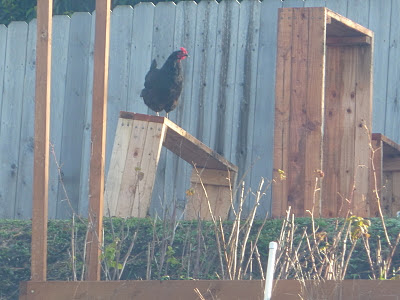 Two, guilty ones scurrying away from the scene... 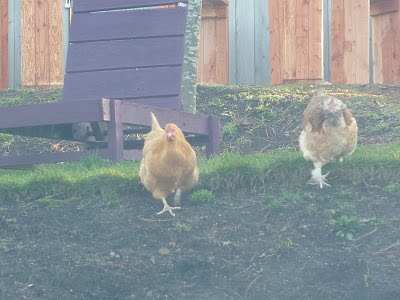 I had four cubic yards of NICE dirt delivered on Friday afternoon. I figured we'd need more, but since this place normally over-delivers, I didn't want to get stuck with too much dirt and no where to put it.

Here are the first few beds.... 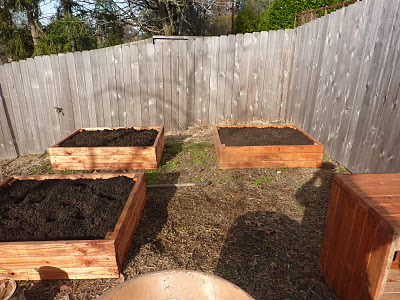 And, shortly before dusk on Saturday, they were finished! All filled! 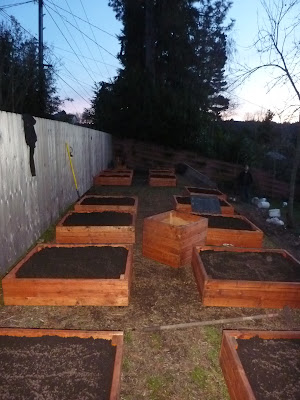 The back half (notice there's space in the back left for the compost bucket and water collection bin): 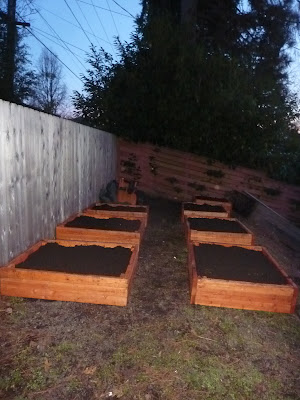 See? The wheelbarrow is where those items will go. 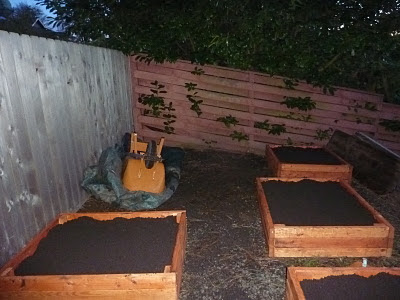 And, the front half. 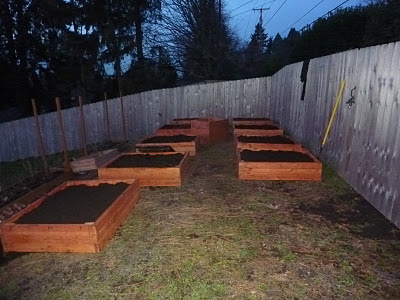 I should also note that I arranged the beds in a way so that the back gate can still open halfway (that's as much as we needed). I had thoughts of rehanging the gate so it opened into the alley, but then I realized that since the alley slopes upward, the gate wouldn't be able to open well. DRAT. But, with some careful planning, we hardly lost any space. I think we'll even put a potting/seedling table where the gate opens. We can always move a table... moving a garden bed is a bit more difficult.
Posted by Jessika at 1:32 PM