After spending an hour and a half Tuesday cutting out photos, I broke down and decided to buy a paper cutter. Right angles! Joy of joys. Plus, it will be handy for making cards and all that jazz.

I was all set to get a mid-range one for about $40 (and use my 50% off coupons from Michaels to get a steal), when I saw that this baby was 40% off. Yes... it was $69. But the seal on the deal was when the salesgal decided to let me use my 20% off ENTIRE PURCHASE coupon that did not exclude sales. Since the other small items I had were all also 40% off, this became quite the steal. 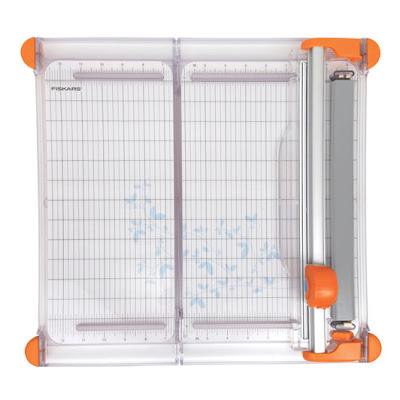 This model? The LED SureCut Folding Rotary Paper Cutter by Fiscars. And embarrassingly, I did not realize it had an LED light until I got home. BONUS.

My last paper cutter was a frustrating beast, only cutting the way I wanted it to about 50% of the time (what's the point, right?), latching weirdly into place, etc etc. This one laughs at those problems. So far at least... 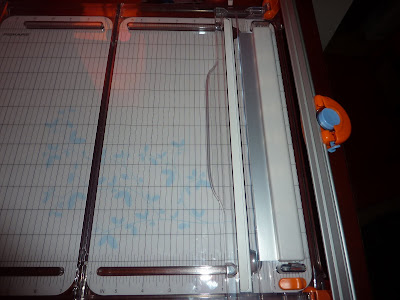 So, there is this plastic guard thing that you can flip into place. It helps you hold what you're cutting, AND, as soon as it hits the mat, it lights up an LED strip. NO JOKE. You can see what you're cutting MUCH more precisely. The only complaint I have is that I accidentally cut in the wrong place two times, because I was looking at the wrong light. That will change as I become more used to it. It sort of creates a magical first down line for you to use as a reference when cutting. 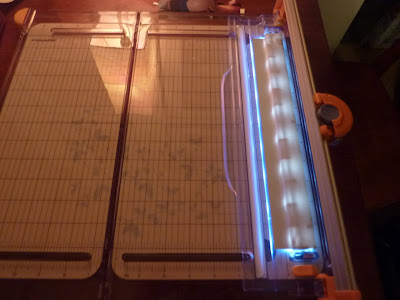 See the line? Right by the cutter? 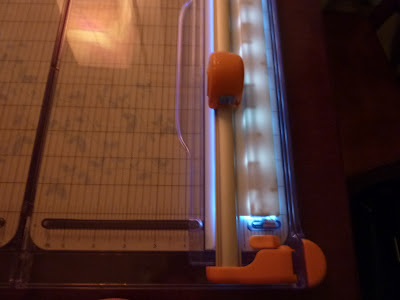 And then, when you lift the plastic back up to get the item you cut, the light goes off. It automatically goes off after two minutes of nonuse too. :) I switched the batteries around after not finding an on/off switch. Then I read the box and learned about the two-minute turn-off. Sigh. 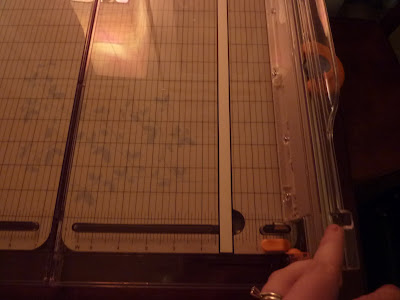 Another plus? It's not awkward to store. It FOLDS IN HALF. So, I'm storing it in the box it came in, that way it's protected. But it really doesn't take up much space. AND, you can cut on it very well when it's folded in half. This is great; you can cut on smaller surfaces. 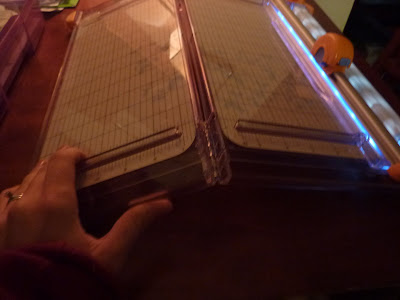 I was so excited about all of this that I finished up the page I was working on Tuesday night. Yes, some of the photos are cut by hand with pencil and ruler and scissors, but many are cut with my new toy. I've decided I don't particularly like the striped background, but we'll see. It may grow on me. Each month, I find myself with a lot of cat and dog pictures, so I am trying to figure out how to display them without taking up a ton of space. 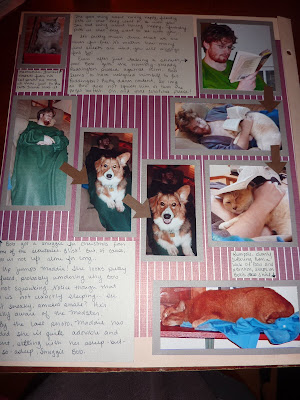 ON TO THE DOG BED!
As I posted yesterday, Maddie has a new dog bed. She made me oh-so-excited last night when, instead of flopping down in the closet or by the door, she came over to her new bed and she slept on it. Poor B had to put up with ample squealing from me. I was SO excited. 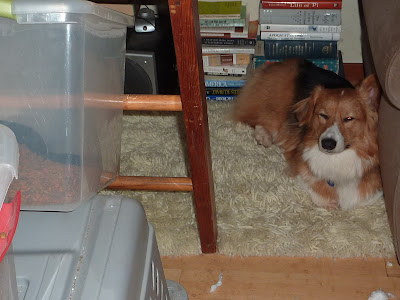 It's a great size for her too, I think. And, once we get some rug backers, it will stay very securely in place. 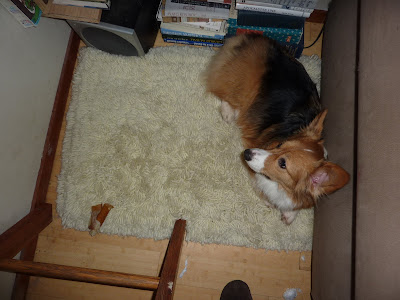 The cat was sleeping on it this morning (but Mads was in her kennel), but Maddie seemed very content on it last night... even as the annoying human took photos of her. 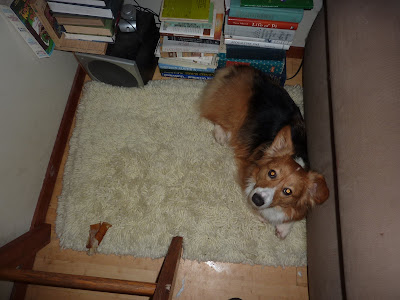