This was the shed thing. A dilapidated, nasty, gosh-knows-what structure where I think everyone who ever lived in the house before us used to throw junk. Behind that big piece of wood? A pit. I think it was about 3'-4' deep, but, quite frankly, after unearthing and unearthing, I finally decided not to unearth any more concrete and wood bits. I filled the sucker in.


Now you see it (above), now you don't! Yes, it's GONE. GONE GONE GONE. I mean, this sucker was about 15-20' from our back deck. A total eyesore and just gross. And now? It's gone gone gone gone. I think the chicken coop will go there. It isn't a good place to plant (a little too shady), and I want them somewhat near the house for ease and for running an extension cord out there if it gets too cold one night next winter. 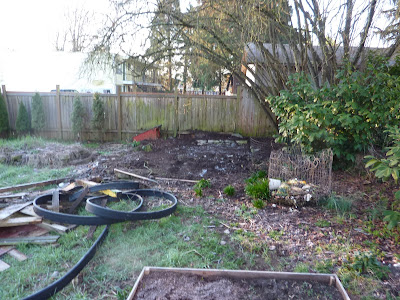 Here's the PILE (it's bigger than this picture makes it look) of garbage from demolition. Gosh, it is so good to have that sucker stupid shed GONE. 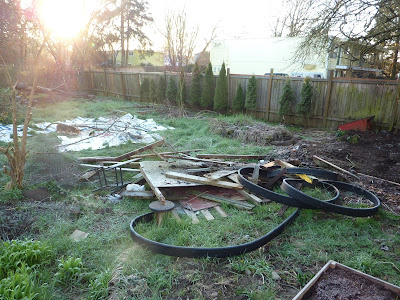 Speaking of winter.... guess what we got for the first time in weeks? Frost. 31 degrees this morning, but a high today expected of 60. Geez. 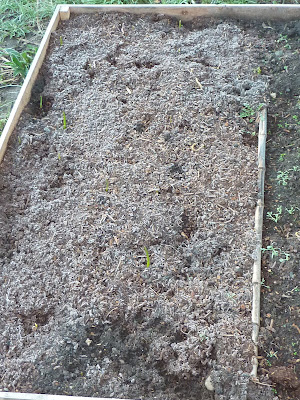 I'm not complaining.... I shouldn't lose any plants over this frost. I kept telling myself not to plant anything non-cold-hardy because you never know... and really, it's true. It's February in Oregon... the time to put plants outside is late April to early May. And this reminded me. So, in mid-March, I'll put my little seedings in my little seed house, where hopefully, they'll do well. Then, 6 weeks later, they'll get to be planted outside. 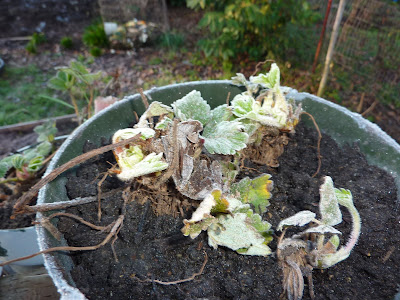