Contaminants and the Cats.

I discovered the non-flash setting on my camera this weekend, so now I have cat photos without the crazy red eyes! They're below... but first....

A Discussion on Contaminants:
I found out that back in the early 90s, the railroad had a plume of contaminants. We live right near the tracks. Well, close enough that you can hear the horn, but not close enough so it wakes you up. I love the train nearby, actually.

But, as I researched more, I became more worried. The impacted neighborhood is the Trainsong neighborhood, which begins about 1/4 of a mile away from us. That's a bit too close.

So, my planting is kinda sorta on hold while I sort out where is the best (and cheapest) place to have my soil tested. I'll end up going to the landlords for the cost, but I'd rather do my due diligence in finding the best place to go.

The problem is that the groundwater may have been polluted in our area. While I'm sure the water is fine now, the issue is: what remains in the ground? Whatever is in the ground will be absorbed into my plants by the roots, and I want to know that's safe.

Fun times, right? Most likely, everything is ok. But, I'd prefer to know FOR SURE before I go throwing any more plants in the ground. 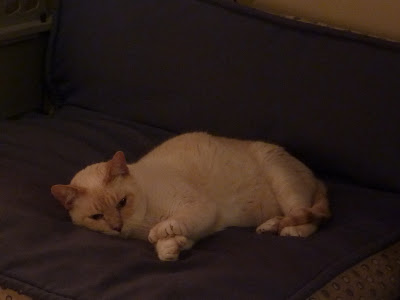 I love my Paddington. He's here, all curled up on the dog bed, with his many many toes all curled up on this front paws. He's our old man. I'm going to have to start feeding him low sodium wet food in the evenings, I think... his gums are irritated. He sleeps most of the day and is the cutest cuddlebug you've ever seen. 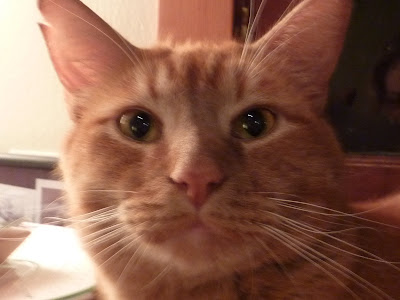 Rumpole, whore cat for the camera. The moment we lie down to sleep at night? He's up there, demanding scratches. What a pushy. 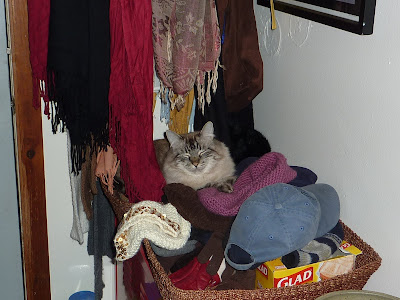 Frankie the turd, turd, turd cat. Fast asleep in our HAT BASKET. He thinks he's a pretty little princess. He is gorgeous, but he's also the reason I find myself constantly covered in cat fur. The other two cats contribute, but he is the main provider. 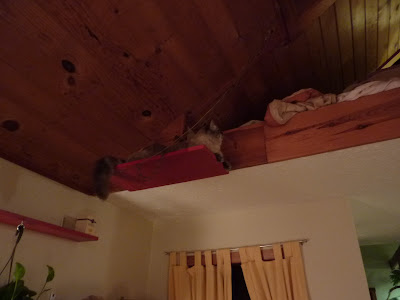 Frankie, finally using one of the cat ledges we installed. FINALLY! 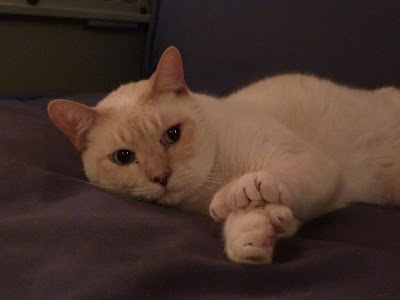 Another gratuitous shot of my cuddlebug.
Posted by Jessika at 10:23 AM