A few months ago, I spotted this pot maker (see photo below) in one of my seed catalogs. Newspaper is great plant material. It's easily compostable, it keeps water in without sucking up too much water from your plants, and it's readily available. Best of all, your plant roots can break through it when they need to, unlike some other products which sometimes root-bind your plants. I also don't like some because they expose the soil too much and make the soil dry.

So this product was very appealing. The size of the pot it makes (1.5") and the price tag ($15, plus shipping) was not. Plus, it's totally the type of thing I would lose by next year's gardening season. 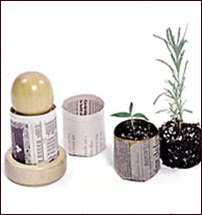 So, I came up with my own system. VOILA!!! The pots looked prettier before the cat sat on them. But no harm really done. 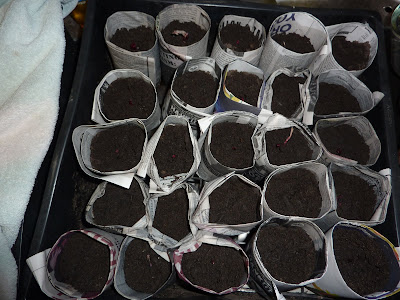 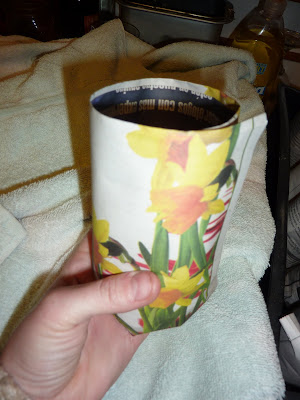 And here's how you make it:

Step 1: Find a wine bottle. I determined that Tempranillo bottles work best because they are slightly tapered/narrower at the bottom. This does not create the problem of suction that you get with other wine bottles. IF you don't drink wine, just buy a $3 bottle of cheapo stuff or bum one off a wine be-guzzlin' friend. 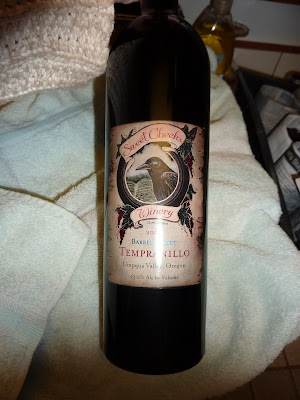 Tempranillo bottles are also really good because they have the 3/4"-1" dimple in the bottom, which is needed for this project. Other bottles have it too, but the tempranillo has both the dimple and the helpful contour. 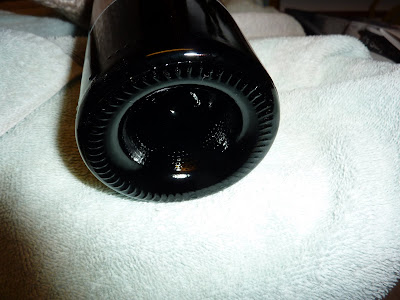 Step 2: Find newspaper. I used a free weekly, and I got a stack of them just before the new weekly came out. You'll need something approximately this size, so if you have a regular paper, just cut to fit approximately a weekly size. I think a regular paper is double the weekly, so that should just be a matter of cutting in half. 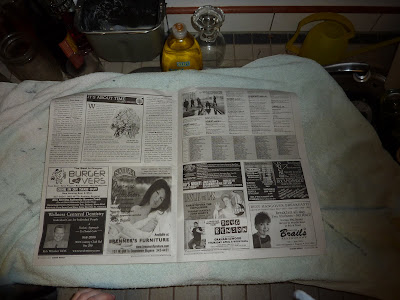 Step 3: Fold the paper in half, this way, creating a narrower strip. 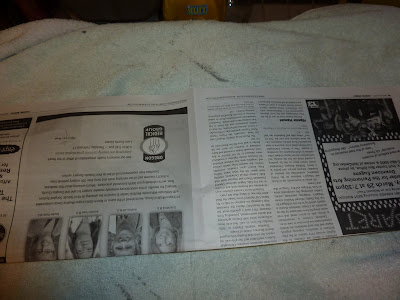 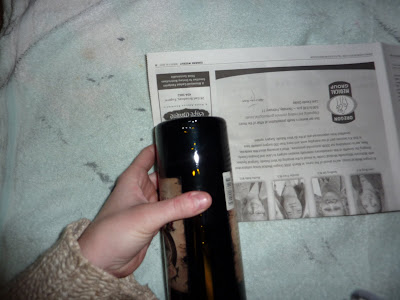 Step 5: Roll the paper around the wine bottle. 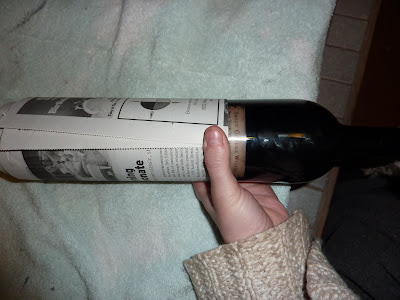 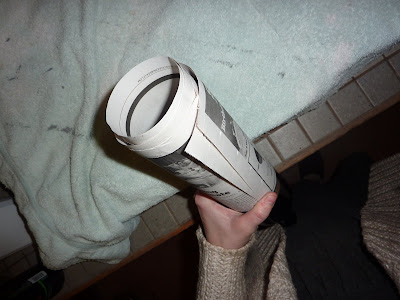 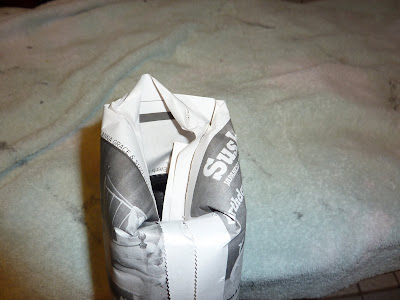 And here it is with all the edges tucked in. It doesn't look too pretty, but you need to smush it in. 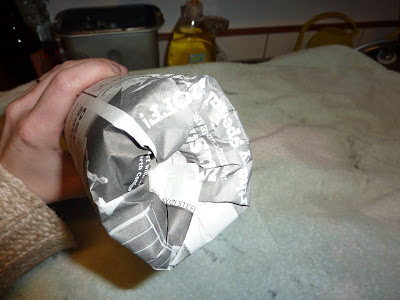 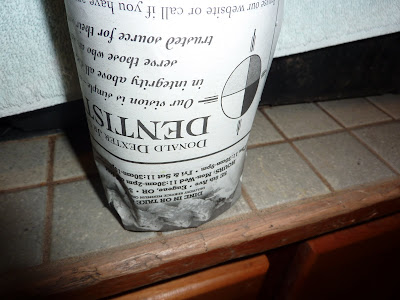 Step 8: Remove paper from bottle. You can see the raised bump on the bottom of this pot. 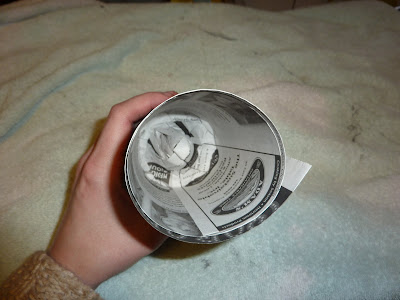 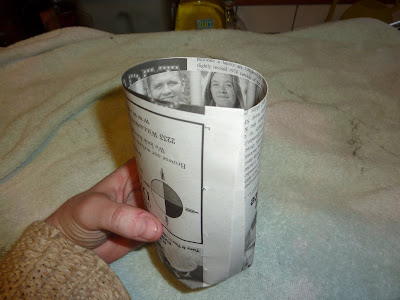 Another view of the dimpled bottom. 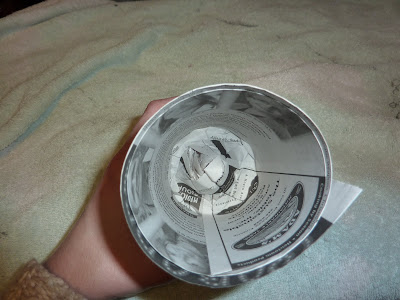 Because you soon fill this thing with soil, You don't have to worry about it opening. It actually stayed together pretty darn well, and I made groups of 25 before filling them with dirt. 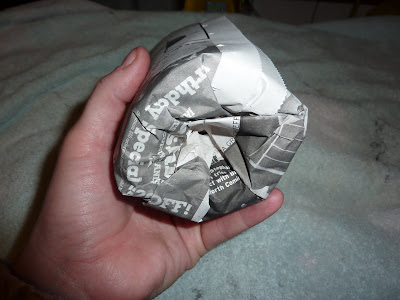 Step 9: After filling with dirt, place in a tray. I used an old seedling tray, but anything will do, even a cardboard box, though that could eventually become a little flexible as the cardboard gets wet. Pack them in tight, that way the newspaper is supported even more, and especially as the new paper gets wet. You don't have to go super-tight, just enough to provide support to each other. You could even put them all on a flat surface and just tie a rope around them all if you wanted.

ALL DONE! These little babies house my bulb/set red onions, which I'm keeping in at night and out during the day until I have my cold frame built. I will also probably do the same thing for my peas, though my peas will eventually go in the ground, not the cold frame. 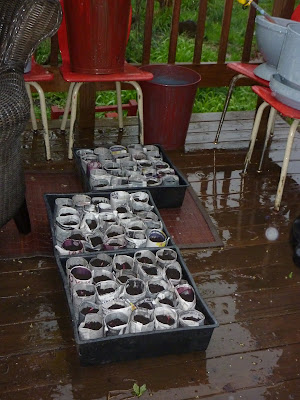 And yes, it's very mucky and wet here right now. But the weekend is supposed to be much better!

Final note: I'm getting some wooden shish-kabob sticks to put in the trays to keep certain cat monsters from sitting on these again.
Posted by Jessika at 9:31 AM