Tales of the wandering wheelbarrow... and a new freezer.

This is my wheelbarrow. It wasn't cheap. But, a good wheelbarrow costs around $80-$100.... a cheap one will cost you less, but you'll replace it frequently. Mine is awesome too because it has a wheel that will never go flat. Yes, a solid wheel. 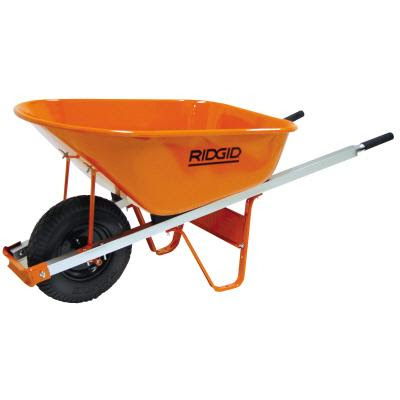 The lovely thing, less than a week old, went missing last week. I've been sort of resigned about the whole thing. I've had a few people look in the yard, just to assure myself I'm not seeing what's obviously in front of me. Gone.

Yesterday, I cleaned out the laundry room from chickendom. I was working on the side of the house and everything. Put a planterbox alongside the house.

Today, I went to go to work, and there, alongside the planterbox? MY WHEELBARROW, with missing leaf rake and shovel inside.

No note.
No explanation.

It's obviously been used; there are many many new scratches. But I really don't care; wheelbarrows get scratches anyway.

What kind of irks me, is who does this? Who borrows something from far back in someone's yard (this was not a wheelbarrow located 5' inside my yard... it was about 100'. Not that the distance makes it more of a theft... it just means our privacy was invaded moreso) and then returns it without explanation? Neither of my next-door neighbors had it. Obviously the person felt guilty because it was returned in the dark of night.

I'm just really glad I haven't REALLY needed a wheelbarrow in the past couple of days. Then, I would have had to go to the store and bought a new one.... meaning now I'd have two wheelbarrows. THIS IS WHY PEOPLE SHOULD ASK BEFORE BORROWING YARD EQUIPMENT! 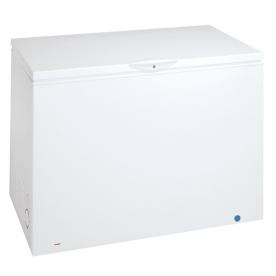 It's a lovely 9cubic foot Frigidaire freezer. Between our American express refund this year (which we decided to use semi-splurgy, but really, we needed a new freezer, so I guess we used it responsibly), the money we'll get from selling the old freezer, and the money I got by using a 10% off coupon, the freezer only cost us about $40-$50 (depends on how much I sell the old freezer for). Happiness. It's very pretty. We're considering putting a grid system in there so it's organized instead of chaotic, stuff spilling everywhere. We'll see. Like I need a new project.
Posted by Jessika at 9:06 AM