I have four new chicks. The older hens (the ones outside) are New Hampshire/Rhode Island Cross Reds. I have raised those birds before, and I chose them because of their good nature, their size (about 7 lbs), and their productive egg-laying habits.

But, I really wanted to check out two more breeds: Silver laced wyandottes and buff orphingtons.

Based upon having 10 chicks in the laundry room and how big they got by 4 weeks, I knew I could have 4 more chicks without much hassle at all. So I got two silver laced wyandottes and two buff orphington chicks. And, they fit in a gray tub. :) 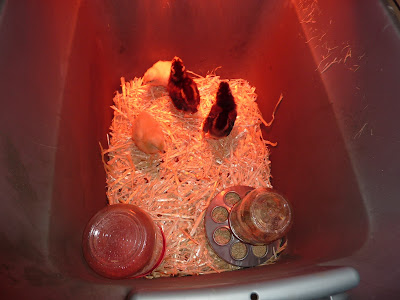 The darker chicks are the wyandottes. They will (hopefully) grow up to look like the photo below. Their combs are different; instead of standing up, they sort of look shrunken and shriveled. This makes them a good bird to have where it is cold because the comb is not as susceptible to the cold temperatures. Aren't they gorgeous?? 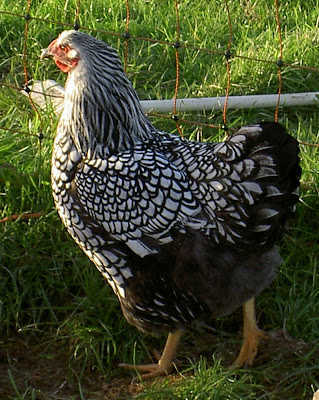 The yellow chicks are the buff orphingtons. They will grow up to be solid gold. 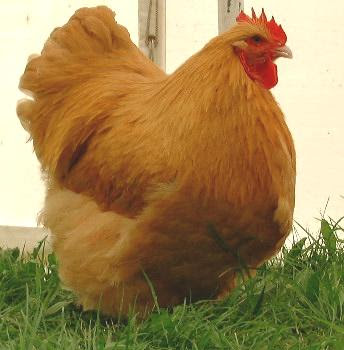 All of the birds, including the older hens already outside, will eventually produce brown eggs. The older girls will hopefully start laying in May, while these guys won't produce until July or August.

Here's one of the buff orphington chicks. They are a day or two old. You can tell this because there are no wing feathers developing yet. I had hoped to find older chicks (less time in the laundry room, yay!), but no luck on the buffs. 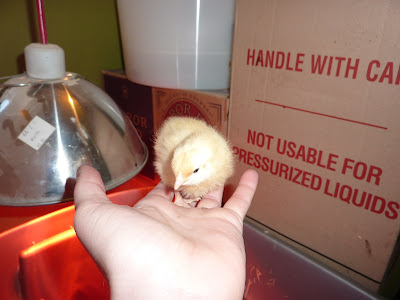 From this perspective, you can get a good idea of all fluff and no feather development. 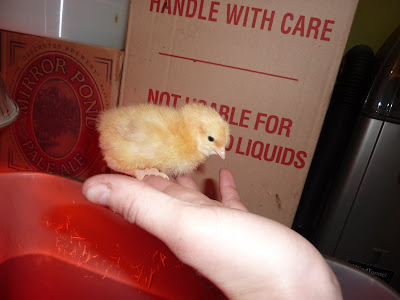 The wyandottes are different. They are about a week old, based upon the feathers in their wings. This means that in three weeks, they can begin to spend time out in the pen in the coop. I'll put them in a much smaller caged ring, to permit the older hens to get to know them. A week later, the buffs will join them. They will all go outside full time in about 5 weeks. So, by mid-April. 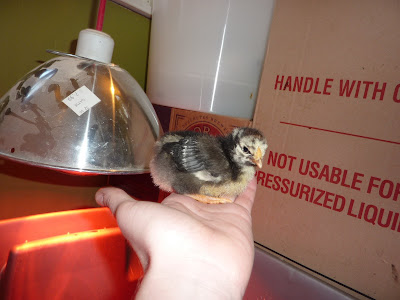 Such a glare from such a little tyke. 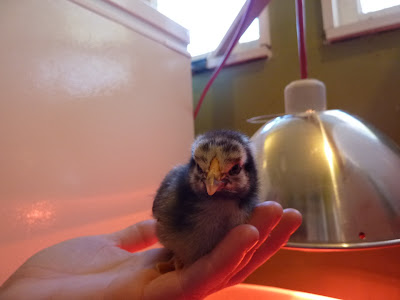 Yes, they really are as soft as they look. And they really like the straw a lot more than the awful pellets they were in at the store. 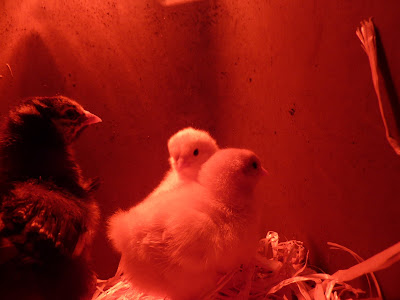 So here is the laundry room. It's much better now that there are only a few chicks in there. It got REALLY dirty when the older hens were in there, because the coop was not ready and they were getting big. Bigger birds need to go outside because of all their feather dust. It gets EVERYWHERE. Plus, they could escape the pen and explore. Mess mess mess. The good thing is that starting in 3 weeks (for the wyandottes), they can start going outside during the day. No lengthy laundry room stay for these chicks. 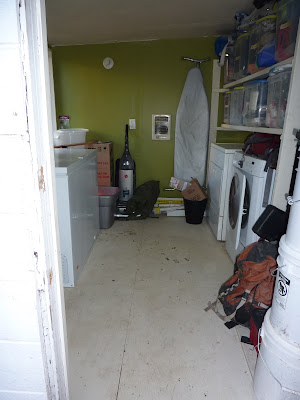 The wyandottes really like to stare down the camera. Maybe it's the huge noggins or something. 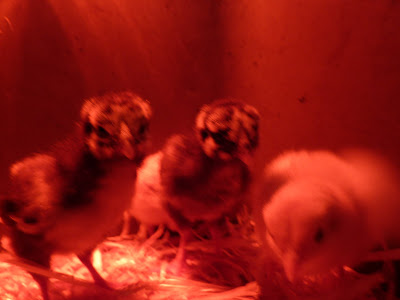 You can see their little bin there in the corner. I should add that the laundry room is really clean now. REALLY clean. So hopefully, these birds won't muss it up. And, right next to their bin? Our new freezer! Gotta love it. 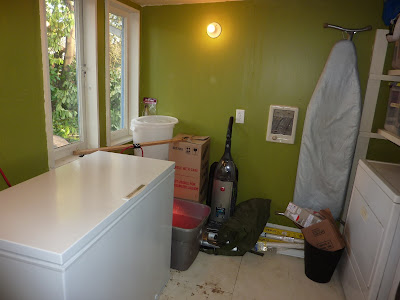 Here is the old freezer. This one has done a good job, but it's time to go. I'm transferring food out of it tonight and putting it in the big freezer. Yes, both are in the same room as the chicks but, due to the good seal on both, I feel ok with that. I don't dehydrate or bake bread in here though. Those are just there temporarily. I'll use them again in the laundry room when the chicks are out. 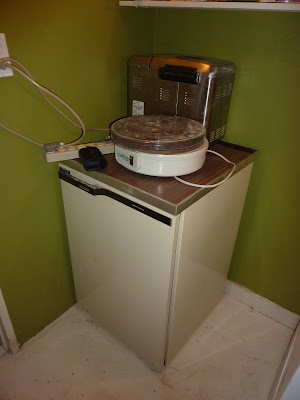 And, the inside of the chest freezer. Oh, lovely. Now we just have to figure out how to organize it. That'll be fun. 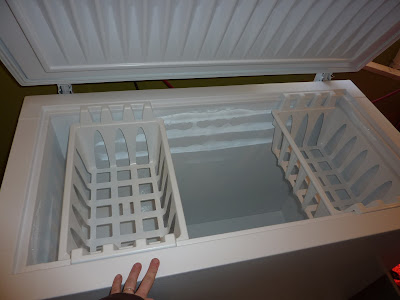