But after pondering, I don't like how it sounds. Plus, if I say all three names, people mistakenly think I've chosen to hypenate. No no no... Basically, both our last names end in -er, so it sounds really not good.

But, I discovered yesterday that to change from what I have on the application to what I want will require an OFFICIAL NAME CHANGE. As in courts and everything.

Part of me doesn't want to care, but then the other (larger) part of me says that this is my name and if I don't care about that, then what do I care about?

To change it with the court, I need to have my drivers license say the application name. Once I change my DL, thought, I suddenly risk not being able to pay for things by credit card, etc due to my card name not matching my DL. My car's registration is also currently in the process of being renewed, and I don't want to screw that up by not having names match.

So, we've decided to wait until after the move. After the move, B will be nearby, so he can cover some expenses while I do the name change. I'll change my DL (thus have identification for court), do the 14 day hearing wait and then 14 day posting. That will change my name legally. Then I'll change my DL again (sigh). With that DL, I'll have proof of the new name change and then I will change EVERYTHING over into the name I want. That saves me having to change it all twice.

What a pain, right? Can you believe all of that just because of a line on an application?

At least we have a gameplan now and a way to handle it. It will be a little easier too since when we move I will have a bank branch also near me. The one up here closed and yesterday was just a day of things taking 14 times as long as they should.

On happier notes, today I'm meeting B in our new city (halfway between both of us) at 6:30 to sign the lease with our new landlord. I have an errand to run beforehand, so pray for no traffic.

After that, we're meeting a guy a little further south to buy a wine rack. We've wanted a bigger, modern one for a while. No, we don't booze, but we both like wine. I like having it on hand for cooking, and we do like grabbing a bottle or two that we like and knowing we can store it well. We really like this one, and it is a craigslist find, so we're saving a bunch of money from the (hideous) original cost. 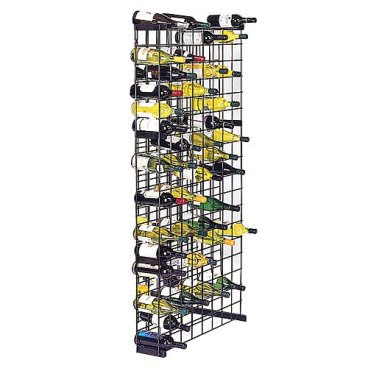 Honestly though, I'm just excited about seeing B tonight. I miss him so much during the week.

On other notes, God grant me the strength not to lose my cool with my secretary today.